Go with the Flow

Whack-a-Mole – Don’t be the mole 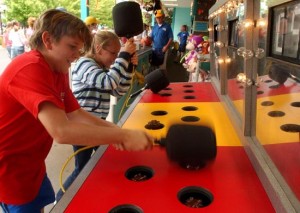 Remember the arcade game “Whack-a-Mole”? The critter would randomly pop out of one of several mole-holes giving you a brief opportunity to give him a good whack.

When we ride in and out of the gaps, hiding between parked cars, we become the mole! We’re invisible to oncoming traffic until suddenly, without warning, we POP up out of the blind spot, just like the unwary mole.

Take a look at this series of diagrams and see if this looks familiar. . . 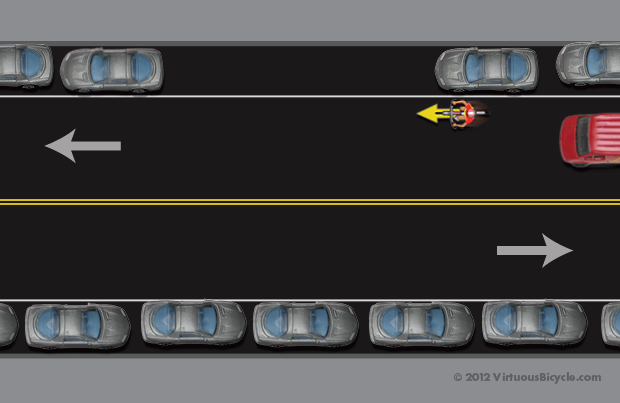 She’s doing pretty good, she’s ESTABLISHED herself on the road . . . 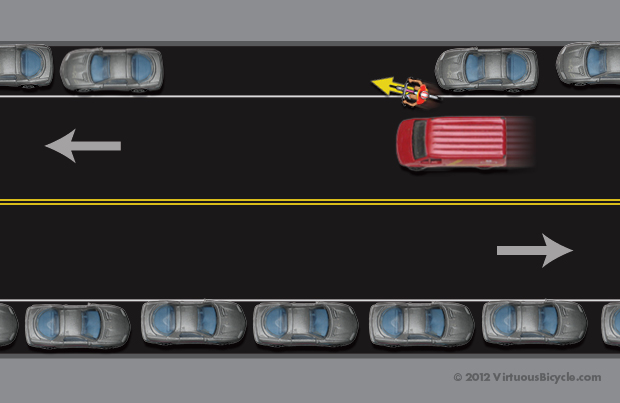 Trying to stay “out of the way” she ducks for cover in a gap between parked cars . . . 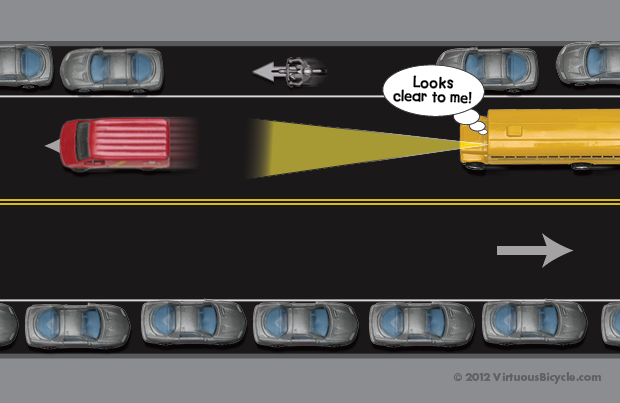 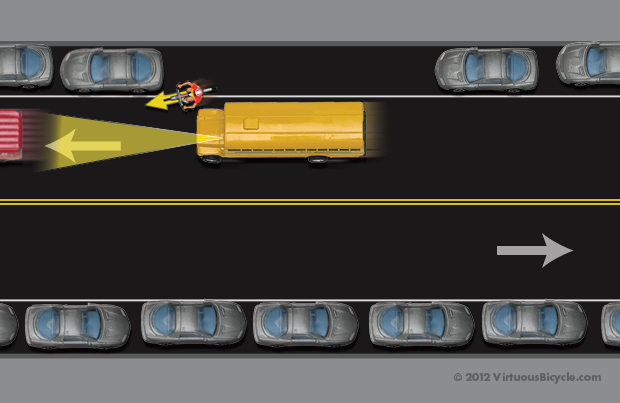 Re-entering the flow is difficult at best.

This is probably the most common error I see riders making. Even experienced cyclists will exchange their favorable position for 3 or 4 seconds where they can breath easy. Just yesterday, riding West across W34th St, with November’s darkness falling over rush hour, a black-clad messenger was doing exactly what’s shown in the diagrams. Certain that he was new to the game, I asked him how long he’d been riding in the city. I was surprised when he responded “20 Years!” (as he rode off through the red light)

Let’s get back to the diagrams.

Clearly, no one wants to play the mole in this scenario. What’s the better way? Shouldn’t I do my best to keep away from cars? Don’t I hold up traffic if I stay on the road?

Ok, let’s look at an alternative approach. The diagram shows a fairly wide lane, wide enough that the cyclist could keep her distance from the doors of the parked cars while still allowing traffic to pass her. The key is in remaining Visible and Predictable to approaching drivers.

Here’s another series of diagrams: 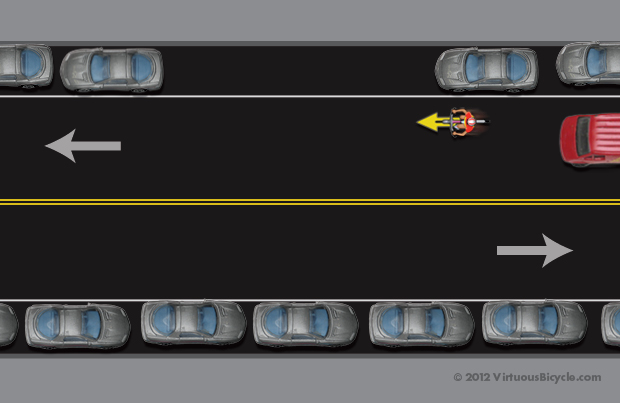 First of all, let’s move her out of the Door Zone. Riding further into the lane also improves Visibility and Communicates to cars that you’re actually on the road. 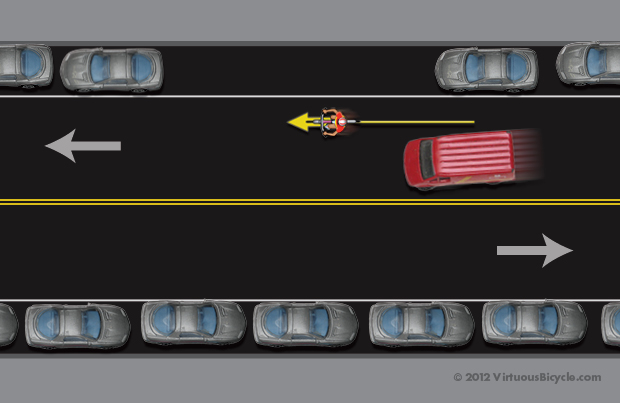 As she passes the gap, she HOLDS HER LINE! You may find this next statement hard to believe, but motorists find this behavior very REASSURING. She’s steady and Predictable. They can plan their passing moves with confidence that they know what she’s going to do.*

*A backward glance and some eye contact would be useful here too. Acknowledging their presence reduces tension and facilitates smooth interactions. (There’s something powerful about that eye contact!) I watch my rear view mirror for opportunities to communicate with drivers. 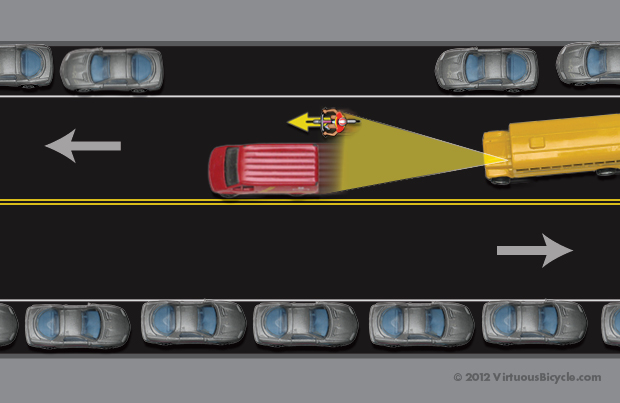 Her Visibility is improved to newly approaching vehicles; they simply follow the path of the car in front of them. 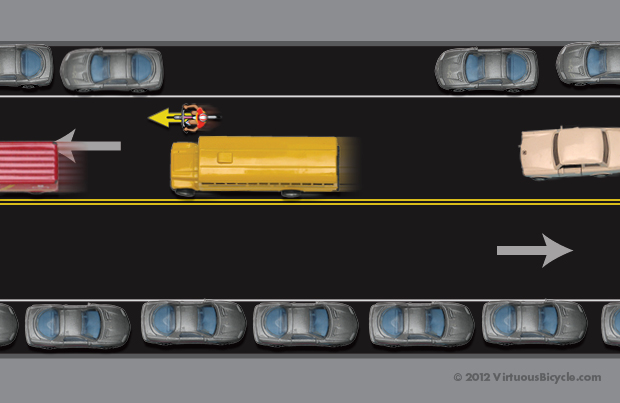 An improved outcome all around. Better Visibility, reduced stress, ZERO delays to traffic.

“Whack-a-Mole” is the first in what will be a series of roadway dynamic graphics. If you’ve found yourself in tight spots and hair-raising situations, send me an e-mail. Your story might become my next “teachable moment” and roadway diagram.